Monika Kaden writes in her Statement: "My life and art operate as one with each being the inspiration for the other."...

She broke with tradition. Educated in the BAUHAUS Tradition, she took her two sons and left the former East Germany, to cross borders and to come finally to the USA. She was searching for freedom of living for her two sons and herself. She was longing to learn and to work in different cultures, to respect and to create far away from home...to fulfill her goal of developing her artistic career in a hospitable setting. She has found this in her home, Santa Fe, N.M.

Several filmmakers and script writers have lately shown interest to learn more about Monika Kaden, her life and her single signature style of her art work.

Documetaries were shown on TV, at several Film Festivals and during lectures at Universities.

The film "All Days are Good for Being Born ...", The sculpting of Pope John XXIII by Monika Kaden,  by Mary Townsend, showed huge interest and was awarded at the ReelHeART International Film Festival in Toronto, Canada. It was shown at several Filmfestivals internationally.

The Canadian TV production "A Man Brought to Life" shows Monika Kaden while sculpting Pope John XXIII and gives backround informations on Kaden's life and passion for the art. Kaden did all of her research for the Pope John XXIII sculpture at The Vatican and met personally with Monsigneur Capovilla, former secretary of Pope John XXIII.

Several international Print Medias showed interest over the years in Monika Kaden and highlighted her art work and life. You'll find in this portfolio a collection. 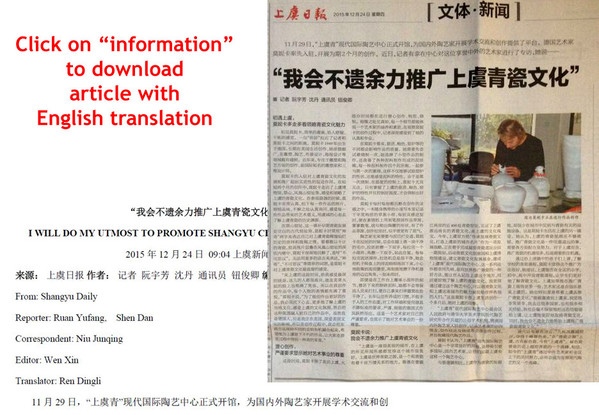 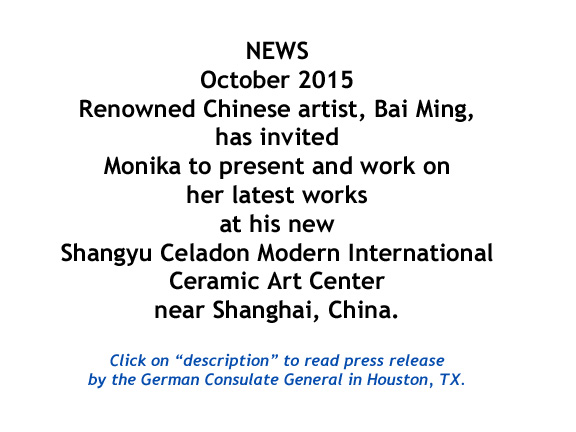 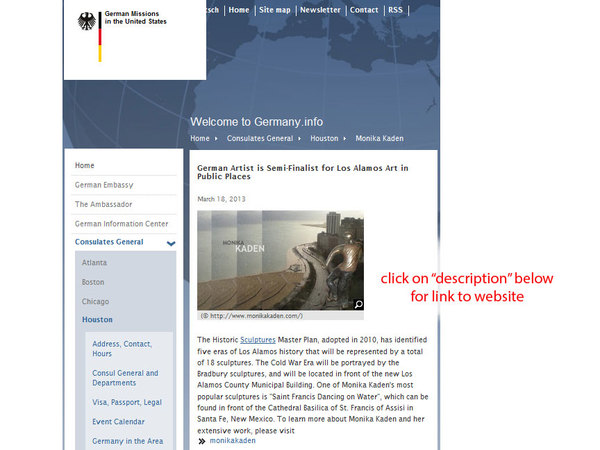 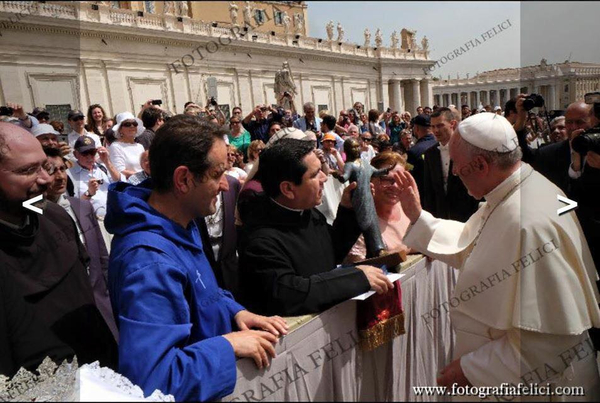 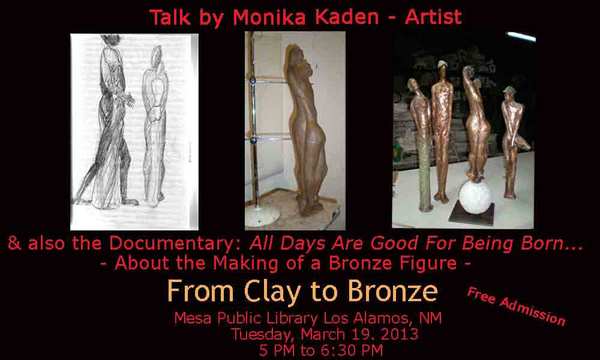 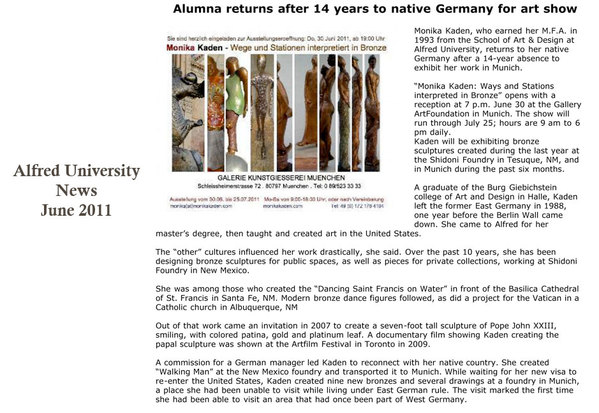 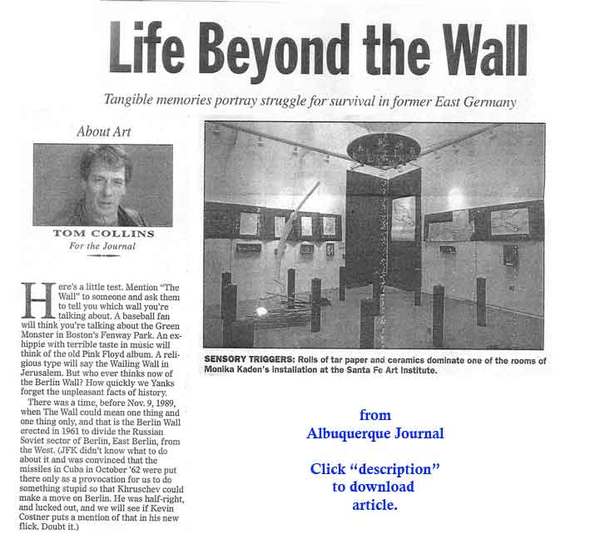 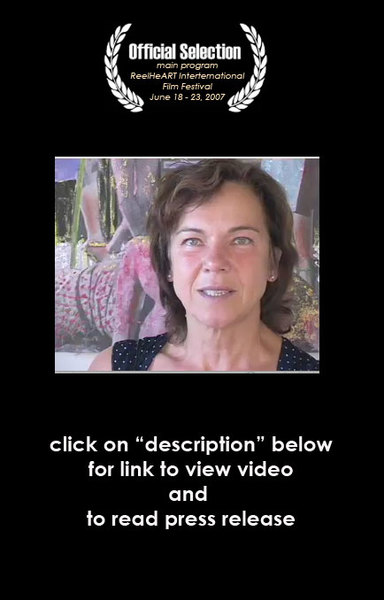 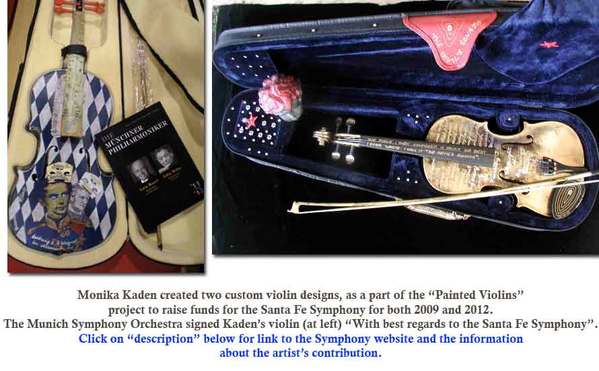 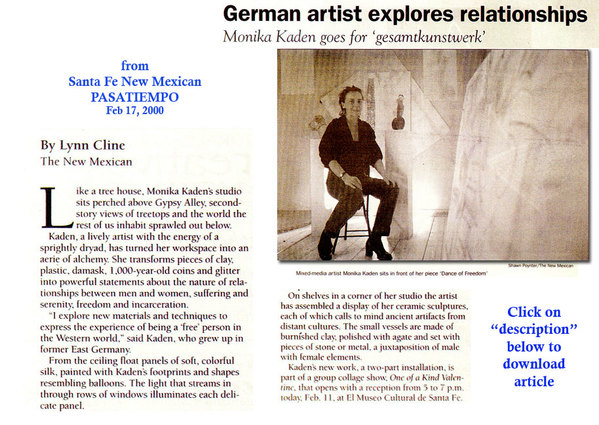 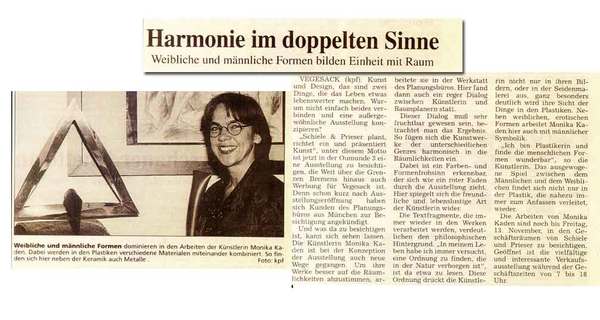 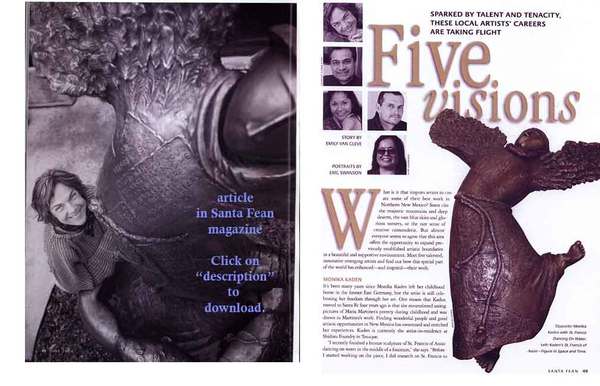 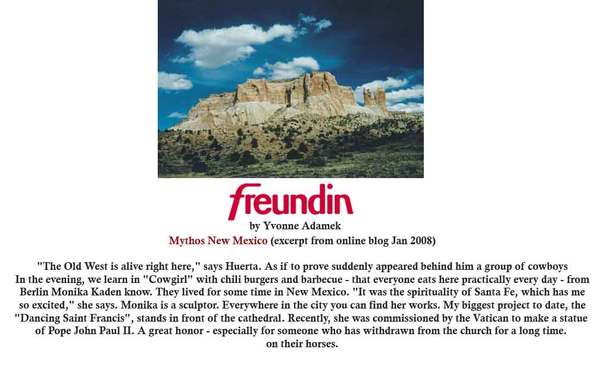